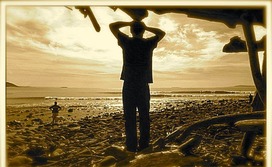 Third son of four. painter. writer. musician. photographer. thinker. creator. listener. observer. human. social. loner. understanding. misunderstanding. giver. taker. wanter. perfectionist. imperfect. mess. father. Found himself dwelling upon an emotional and artistic precipice since birth. Growing up in Torrance, California, Tom Balderas lived only a few miles from the ocean, which has made nature, along with his family, the main inspiration of his paintings. Balderas attended Loyola Marymount University, where he studied film production and art. After graduating, he worked several years for NBC Productions and made many made-for-television movies. He then began studying under the tutelage of his photographer father, as well as Joseph Mendez, master painter and teacher. Balderas has been fortunate to study with many professional fine artists and considers the time spent studying with Mendez to be the cornerstone of his growth as a painter. Works towards progress. Balderas is a fine addition adding a touch of expressionist and Impressionist work to the collection. 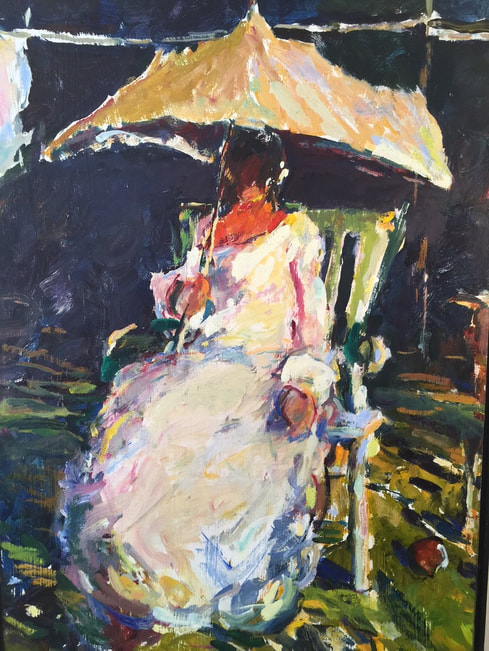 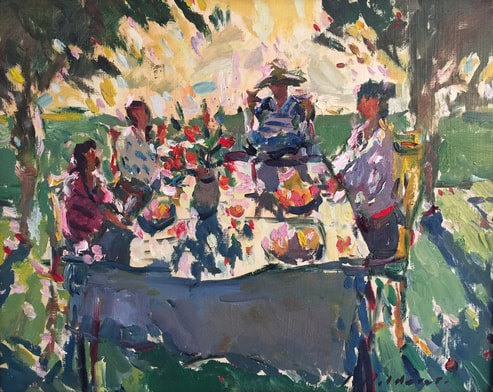 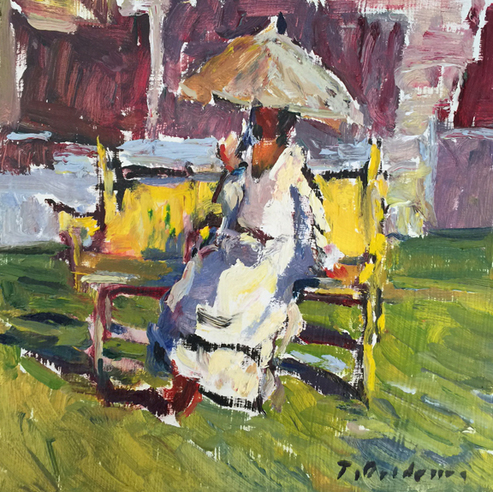 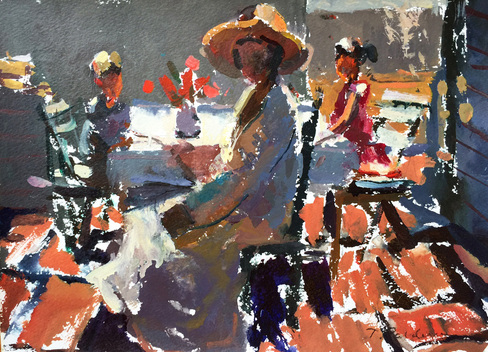 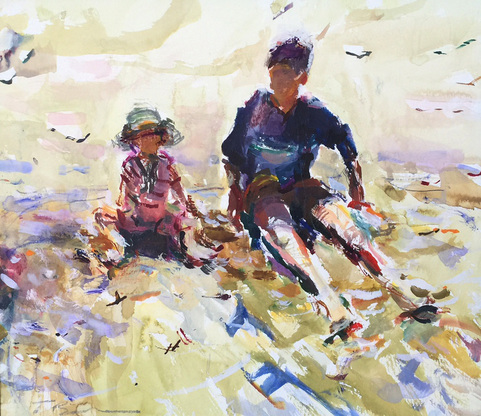 "At The Beach"
14x18"
Watercolor and Gouache 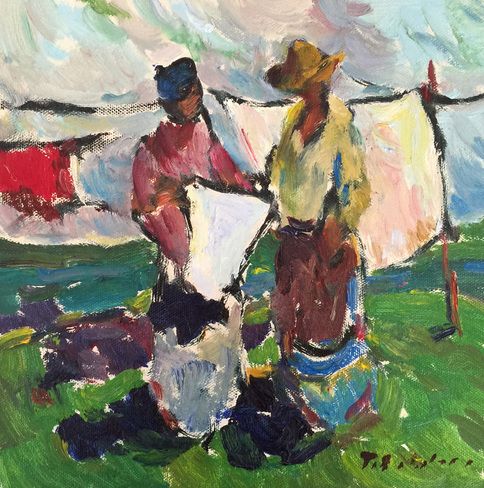 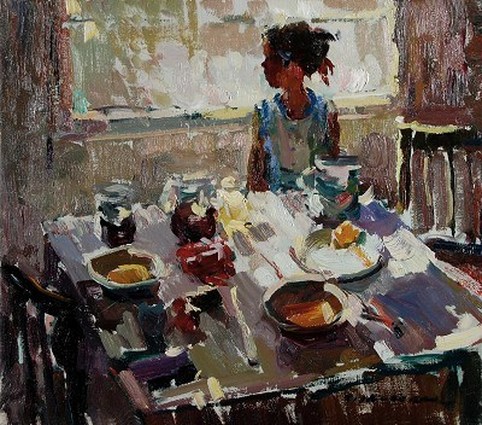