Mia Bergeron is a figurative painter originally from New York City, but now resides in Chattanooga, Tennessee.  Bergeron studied at the Rhode Island School of Design, but left to pursue a more traditional education at the Charles H. Cecil Studio in Florence, Italy.
Technically, Bergeron is interested in combining her training as an academic portrait artist with her roots of living in New York in the 80’s and being exposed to  Expressionism and Modernism.  She was named one of the "Top 20 artists under 30 to be collected now"  by Southwest Art Magazine in 2009, as well as many other awards.  Currently she is working on a series of large-scale paintings for a hotel opening in London in 2019. Bergeron's hope is to convey a sense of wonder, fragility, and sacredness in what she finds all around her. 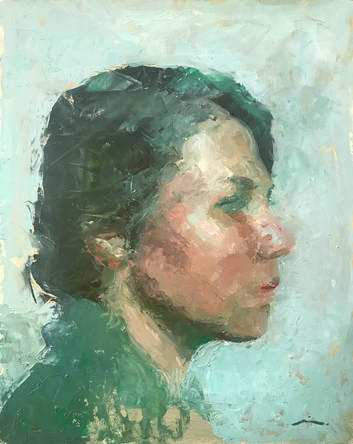 Note that Mia has created self portraits since she was young and they play an important roll in her subjects and are considered highly collectable. We are honored to present and offer this one of Mia she has created of herself at 37. 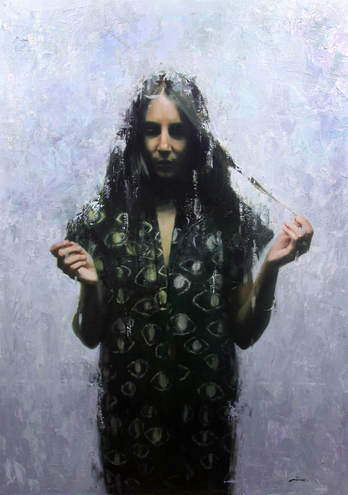 Featured in our Fine Art Connoisseurs May 2018 issue's article on Realism Today, this stunning work by Mia combines well executed realism along with unexpected edge work and abstraction. An outstanding example of her work and of the current art market today. 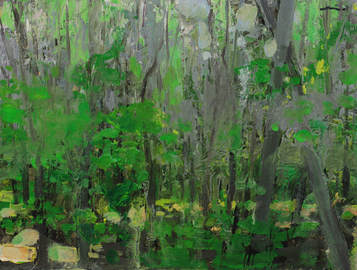