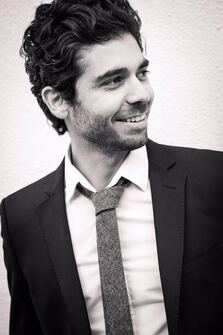 Charles Alexander Tabet (Alex) originally from San Antonio Texas, has loved to draw ever since he could remember. He oftentimes lost himself in a drawing for hours. The world around him disappeared as he immersed himself into what he created on paper. Alex, like many other talented artists, is primarily self taught, devouring art books and lessons online throughout his childhood. He naturally found his way into portraits and figures at an early age, as he found he enjoyed the challenge and "wanted to capture a person's life and essence". He made his last drawing before leaving home to obtain a pre-med degree at the University of Texas at Austin, and wouldn't pick up a pencil to draw for the next ten years. After graduating with a BA in Biology, he decided to head out to Los Angeles to pursue a career in acting. "In that time, I learned more about myself than I could have ever imagined, as acting is a craft about self expression and exploration" says Tabet. At the end of 2018, inspired by incredible representational fine artists he found on Instagram,
Alex was motivated to post some old drawings from his teenage years. Within an hour he had his first commission. It was then he rediscovered his love for drawing. He started drawing again on the side and continuously received new commissions for drawings. "I surprised everyone around me, because no one knew I had this talent, since I didn't talk about it or practice for a decade. My acting rehearsals became consumed more with conversation about art rather than acting. It was then I recognized my passion truly lied in visual art".  He soon wanted to learn how to express himself further with paint and color. In early 2019 he began studying figure painting from life in oil with Julia Diller at the Atelier of Fine Art in Los Angeles. She immediately recognized his talent and work ethic and took him under her wing. "I studied with her for 9 months and wouldn't be the painter I am without her early guidance and encouragement." He continued his training in a self taught manner, learning much from online tutorials and workshops from the some of the world's best artists such as Andrew Tischler, East Oaks Studio - Alex Venezia, Michael Klein, Louis Carr, as well as Stan Prokopenko, Marco bucci (color theory), and Scott Wadell.
Alex notes, "The majority of my free time is spent behind the easel, oftentimes losing sleep because I find it hard to pull myself away from the canvas." In only his second year of painting, he started gaining recognition from reputable art institutions and magazines. Tabet has been recognized by: The Art Renewal Center (finalist and semi finalist 15th Annual ARC Salon), International Artist Magazine (top 10 finalist figure and portrait with a publication in issue 138) , Southwest Art Magazine - Artistic Excellence Competition finalist, and Pleinair Magazine - November Salon finalist. We are proud to offer his work here at VRFA gallery and look forward to expanding his subjects while celebrating his inspiring realist style. 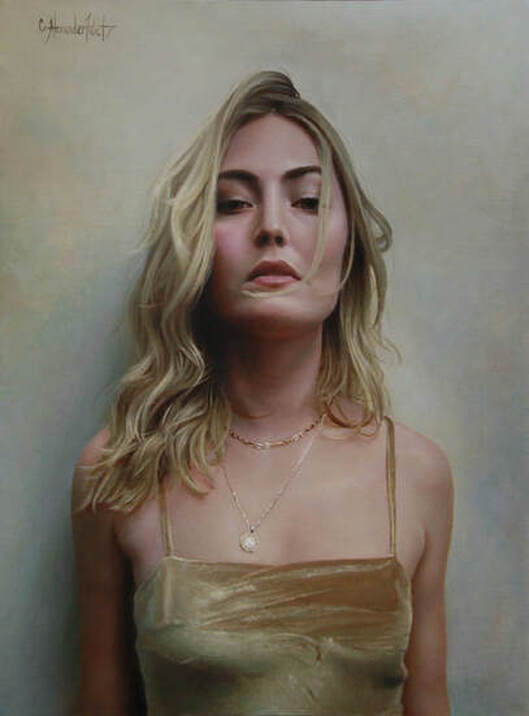 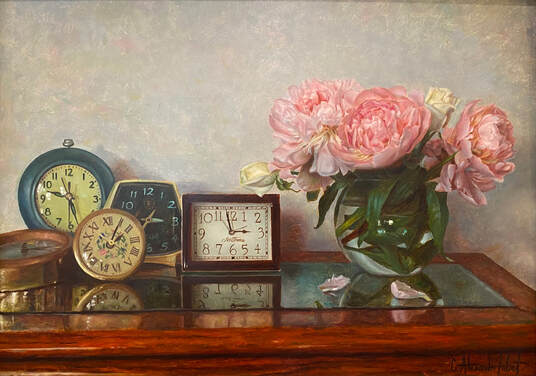 Winner Finalist of the Bold Brush art competition from FASO 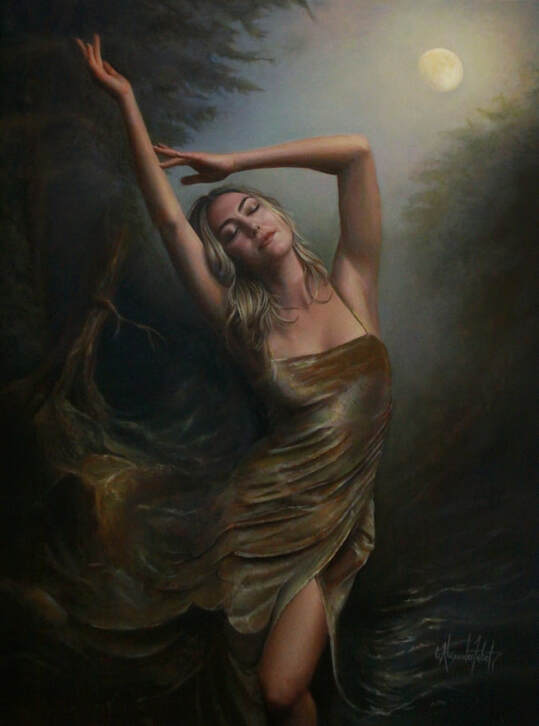 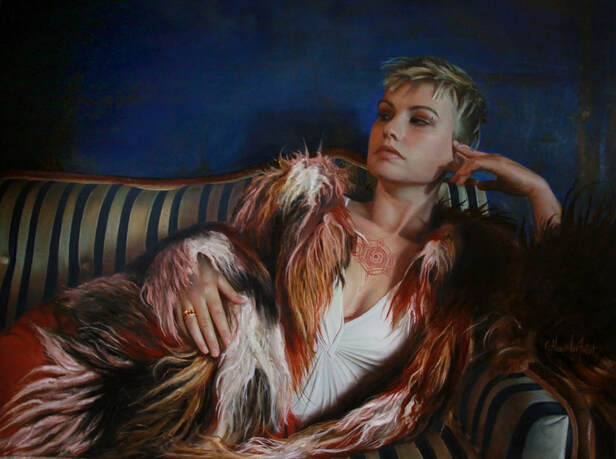